BBC The One Show at The Therapy Room on Friday 16th September! 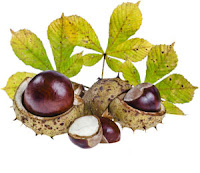 Conquering disease…
An autumnal feature about the nation’s ailing horse chestnut trees brought the BBC’s One Show to the Therapy Room, Cambridge today for an interview with homeopath Carolyn Stevens.

Carolyn, whose busy and successful practice at the Therapy Room in Oxford Road caught the eye of researchers, explained how alternative medicines derived from the horse chestnut are used in the treatment of a range of disorders - from diseases of the circulatory system, such as varicose veins and hemorrhoids, to hyperactivity and developmental problems.

Carolyn said, ‘The horse chestnut, Aesculus Hippocastanum, is used in homeopathy and all kinds of herbal preparations and flower essences.’

‘The One Show team came to Cambridge because we have a beautiful collection of chestnut trees on The Backs which are suffering from bleeding canker disease.’

‘It’s sad and symbolic that the majestic chestnut tree which has helped us with blood circulation disorders over the years is itself bleeding to death.’

The feature will be broadcast in tomorrow evening’s show at 7 pm (16th September 2011)
They came to Cambridge to do a feature on the nation's ailing Horse Chestnut trees. They knew that the tree had uses in alternative medicine, so they came along to find out more and what the threat of losing these trees would have.

The BBC feature will be broadcast on 16th September on BBC One at 7 pm. Look out for the video here soon..

For more details please visit http://www.thetherapyroomcambridge.co.uk/oneshow
Posted by The Therapyroom Cambridge at 16:50